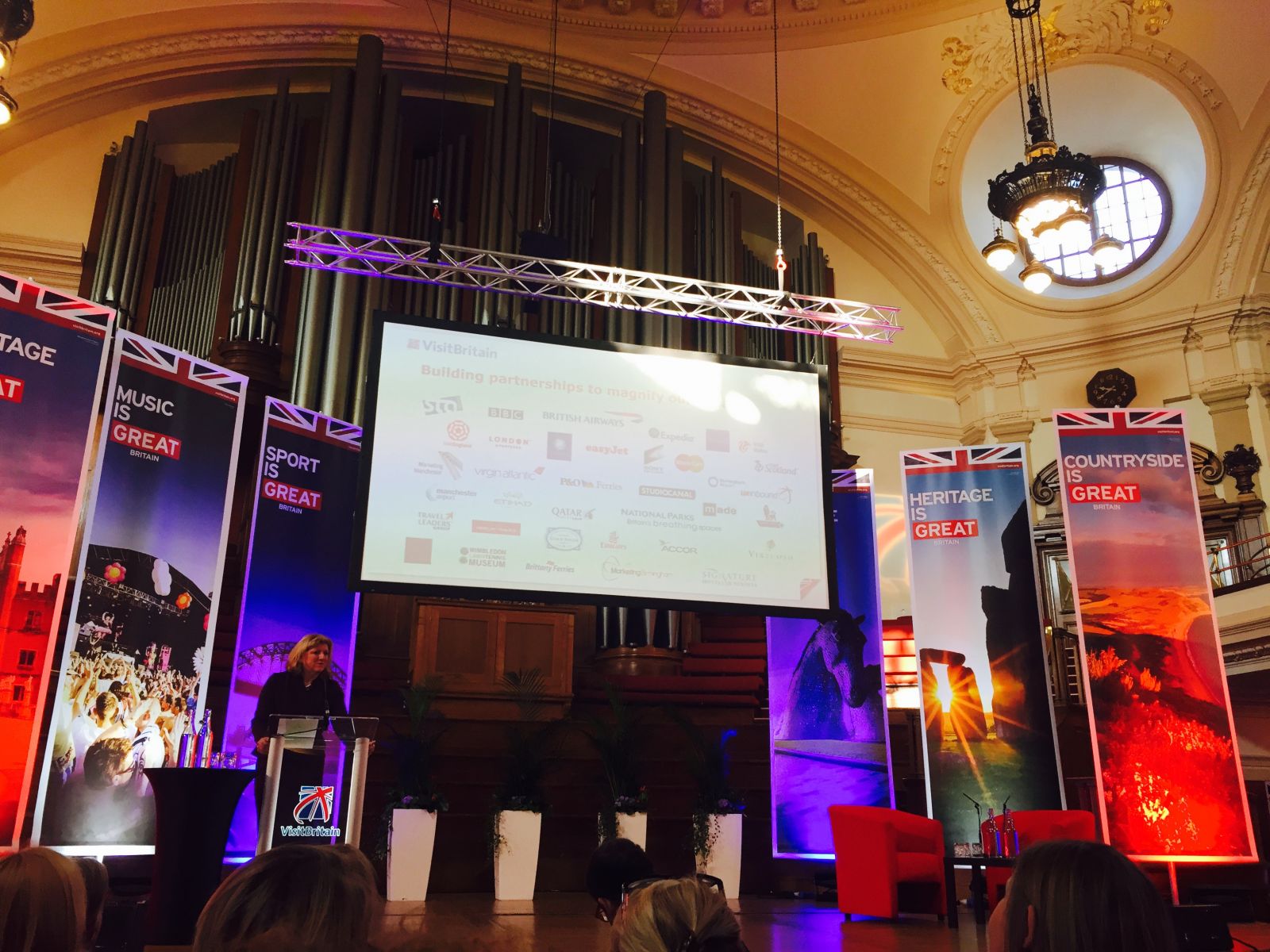 Today VisitBritain launched their annual review (at London's Methodist Central Hall) announcing that international visitors have spent an extra £2.5 billion in Britain during the last four years as a result of their work. This beats the target set for it by the Government in 2011 by more than half a billion pounds, and means that every £1 invested in VisitBritain’s activities has resulted in an overseas visitor spending £21 in Britain. And to this can be added the £630 million delivered by VisitBritain, thanks to thir continuing role as a partner in the cross-UK Government GREAT campaign.

Other key achievements include:

£62.5 million in cash and in-kind during the last four years from commercial partners including made, British Airways and Expedia, as well as global brands including the Barclays Premier League, raising Britain’s profile and turning potential visitors' aspiration to visit into bookings;

They have continued to be a frontrunner in the digital space, ranking first among key competitors in number of Twitter followers (300,000) and third for Facebook fans (3 million) and Weibo followers (510,000).

Sales from their online shop are also soaring, with £1.6 million profit invested back into their marketing activity last year.

They have worked closely with the travel trade to make sure more of Britain features in operators’ itineraries - almost 60% of trade surveyed this year have introduced new products as a result, with £888 million in additional visitor spend generated during the last four years.

In 2014/15 they generated positive coverage in international media worth £980 million to inspire readers to visit Britain (including £245 million for Scotland; £300 million for English regions and £30 million in Wales), taking their four year total to £8.9 billion.

A stand-out success this year was their largest ever consumer marketing campaign in China worth £1.6 million. The GREAT China Naming campaign was seen by more than 300 million people across VisitBritain’s global social media channels, and won global awards at Cannes Lions d’or, amongst others. The next stage of this campaign under the Culture is GREAT banner was launched by the Chancellor George Osborne in China in late September, and will promote memorable ‘moments’ international visitors can only get in Britain.

Announcing the figures at their annual review launch today (attended by ourselves, the Minister for Sport and Tourism, Tracey Crouch MP and other industry partners), they also re-iterated their ambition for international visits to Britain to grow by more than 20% during the next five years to 42 million by 2020. This could see an additional £4.5 billion in visitor spend.