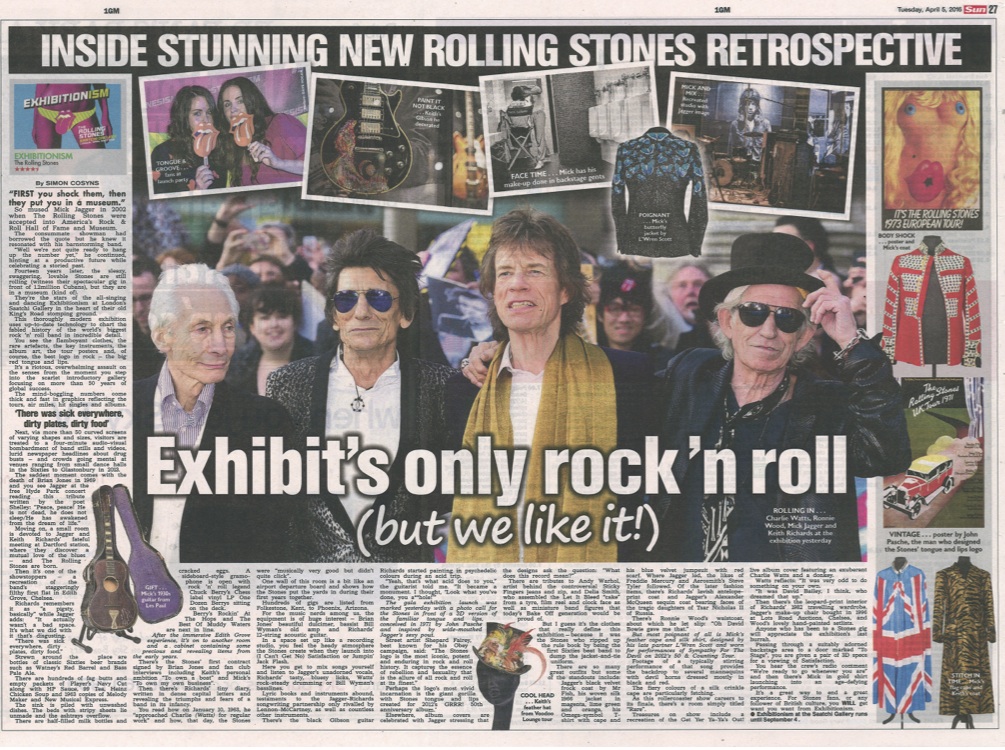 Making an exhibitionism of ourselves!

Last night we attended the Gala Opening of EXHIBITIONISM the first international exhibition on The Rolling Stones. Our client iEC (International Entertainment Consulting) have taken over the entire two floors of the Saatchi Gallery with 9 thematic galleries, EXHIBITIONISM combines over 500 original Stones' artefacts, with striking cinematic and interactive technologies offering the most comprehensive and immersive insight into the band's fascinating fifty year history.

From never before seen dressing room and backstage paraphernalia to rare instruments; original stage designs, iconic costumes, rare audio tracks and video footage; personal diaries; poster and album cover artwork; and unique wraparound cinematic experiences that celebrate every aspect of their Careers. Centre stage is the musical heritage that took them from a London blues band in the early 1960s to inspirational cultural icons.

The Rolling Stones have shaped popular culture, often in their own image, and this exhibition will offer a unique perspective that only the band's own archive can provide. Collaborations and work by a vast array of artists, designers, musicians and writers are included - from Andy Warhol, Shepard Fairey, Alexander McQueen, and Ossie Clark to Tom Stoppard and Martin Scorsese.