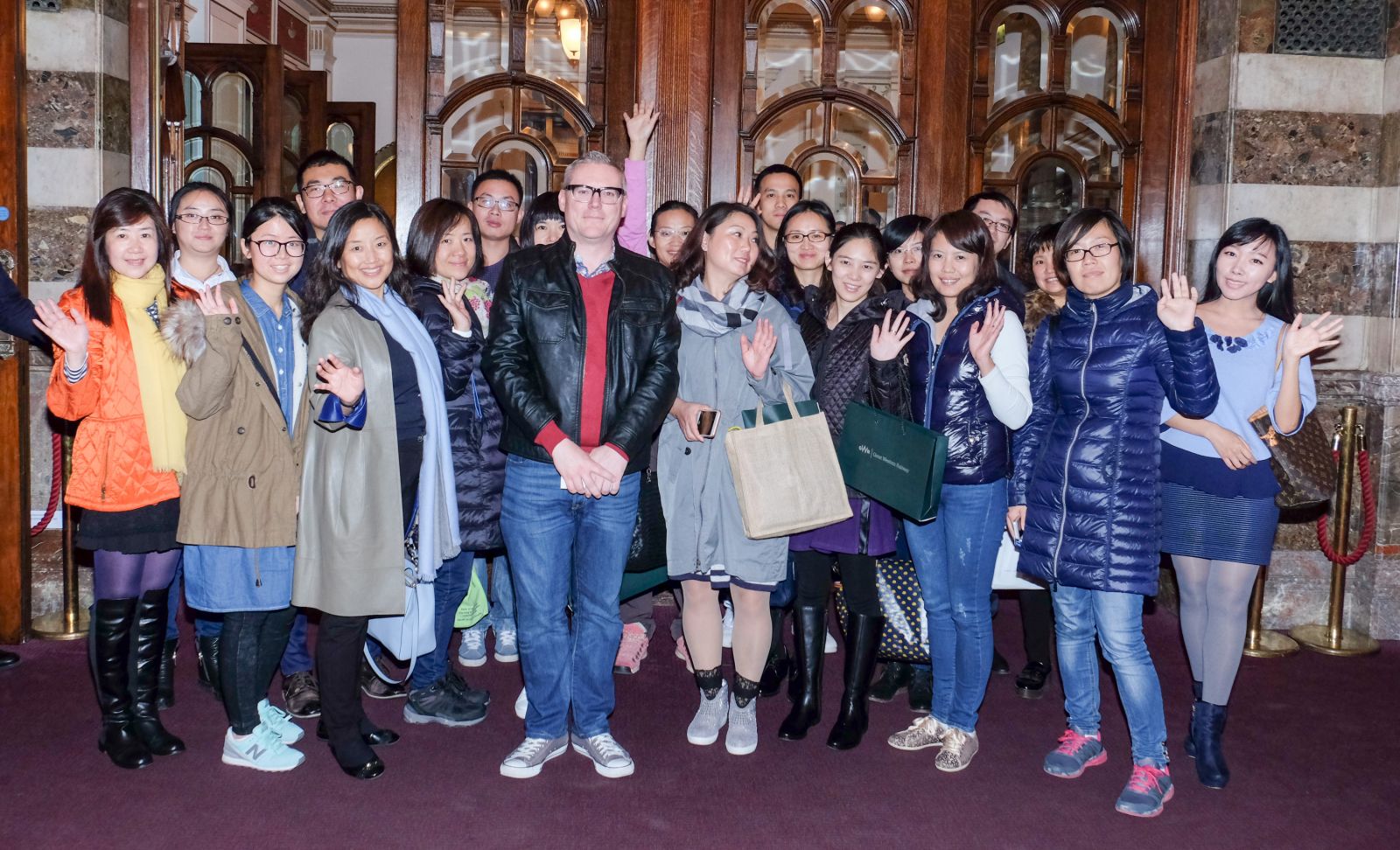 made showcases British Theatre to the Chinese

On Saturday 31 October, we showcased the creative strength of British theatre to a delegate of Chinese travel trade, working with VisitBritain we hosted a delegation of 30 at a performance of ‘La boheme’ at English National Opera in Central London. This fam trip came close after the State Visit to Britain by The President of The People's Republic of China, Mr. Xi Jinping.

The event included a pre-show video presentation of successful British theatrical exports to China including the musicals MAMMA MIA! and The Phantom Of The Opera. Julian Bird, Chief Executive of Society of London Theatre, said: "Theatre has always been one of the United Kingdom's greatest exports and the new emerging Chinese cultural market provides a huge and exciting opportunity for this key industry.”

Pictured with the Chinese delegation is Jonathan Mountford made.