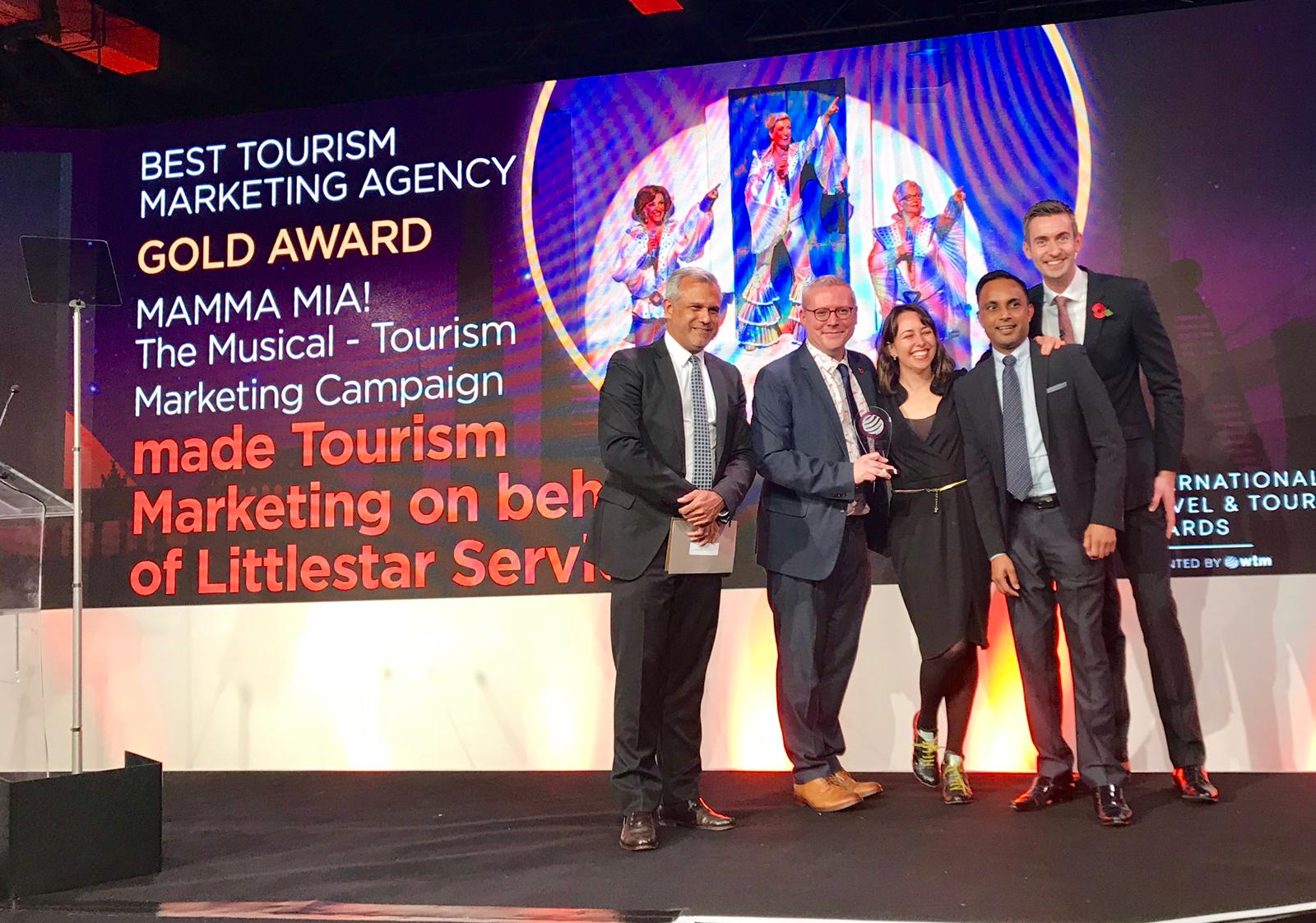 The first International Travel & Tourism Awards winners, celebrating excellence in the industry, have been announced and made Tourism has won the Gold Award as Best Tourism Marketing Agency. The awards held on Tuesday 6th November were witnessed by a capacity audience of 500+ senior industry professionals at Tobacco Dock as part of World Travel Market London.

As the tourism marketing agency for MAMMA MIA! made were asked to create a specific range of opportunities for the London production as it entered its eighteenth and nineteenth year.

Since opening in London's West End back in 1999 MAMMA MIA! has been seen by over 8.6 million people and grossed over £300 million. Despite the phenomenal global success of the show, it remains as important today as when it first opened, that it is positioned in a continuously fresh and upbeat manner, both domestically and internationally.

Over the two year period of January 2016 to December 2017 made created a series of marketing events and opportunities that focused not only on attracting audiences from key markets, but also developing new markets through a combination of live cast performances, promotions and competitions to enhance the productions position in the minds of both international and domestic visitors to London.

In the period Jan 16 - Dec 17 the production grossed aprox £15 million of which 65% was generated through made's proactive and strategic tourism marketing activity. Within this amount, over £800k (5.3%) can be attributed to travel trade sales as a result of our proactive work with travel agents and tour operators.