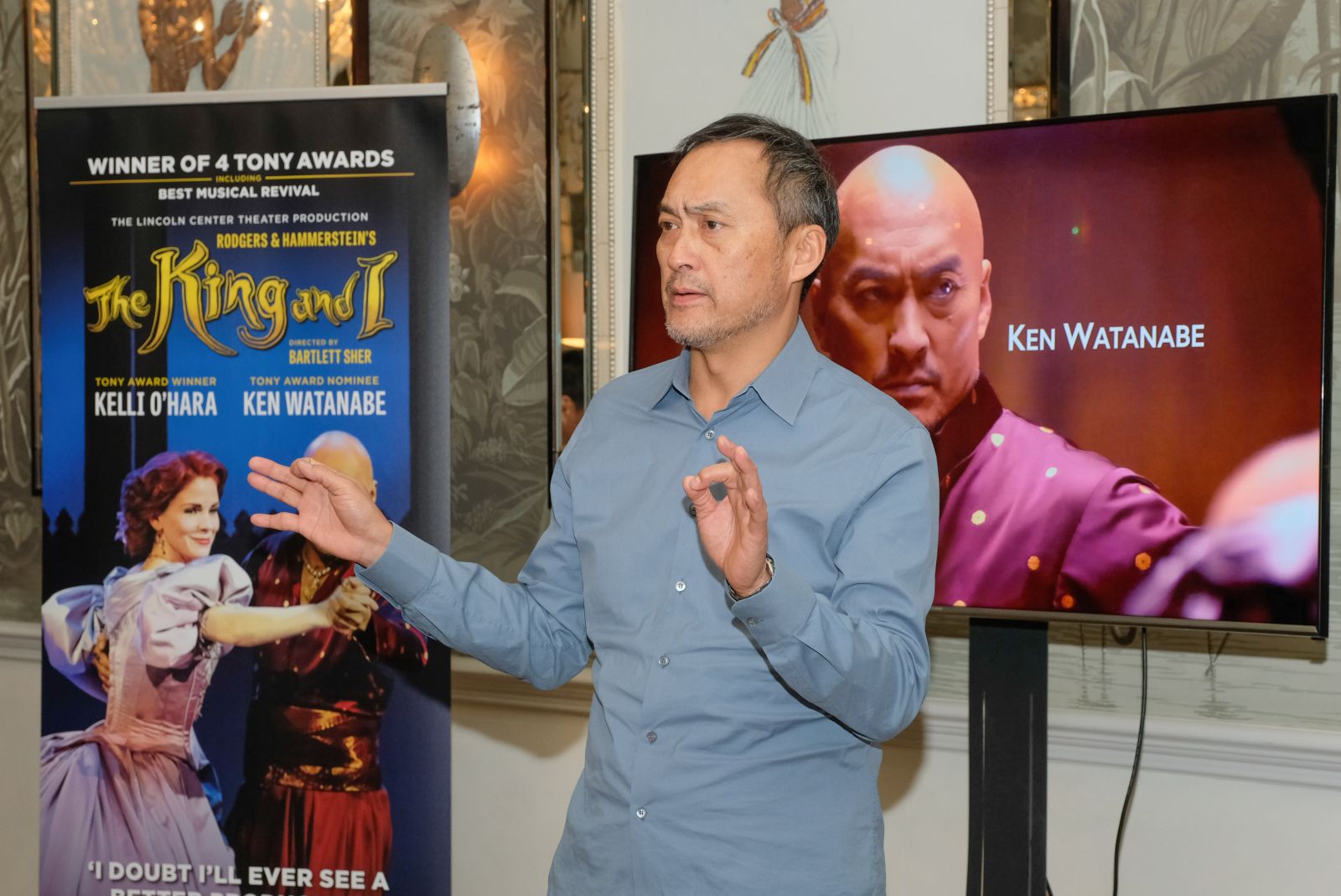 made meets The King of Siam

made and our special guests were recently invited to The Haymarket in London to meet Tony® and Academy Award® Nominee Ken Watanabe, who is set to star as The King of Siam in the The King & I, opening at the London Palladium this June.

Guests enjoyed an intimate Q&A session with the Hollywood star, who spoke at length about his time working in film, working with Tony® winner Kelli O'Hara, as well as his love for the city of London.

Tipped to be London's theatrical event of 2018, the multi-award winning and critically acclaimed Lincoln Center Theater's production of Rodgers and Hammerstein's The King and I comes to London's iconic Palladium in Spring 2018.

Set in 1860s Bangkok, the musical tells the story of the unconventional and tempestuous relationship that develops between the King of Siam and Anna, a British schoolteacher whom the modernist King, in an imperialistic world, brings to Siam to teach his many wives and children.

With a superior score of treasured songs including; Whistle a Happy Tune, Getting to Know You, and Shall We Dance, and featuring a company of over 50 world-class performers, The King and I is a testament to the lavish heritage of gloriously romantic musical theatre.

The greatest musical from the golden age of theatre. A once in a life time opportunity – book now for performances to 8 September 2018.

Pictures by John Sansom for made & Presslink.