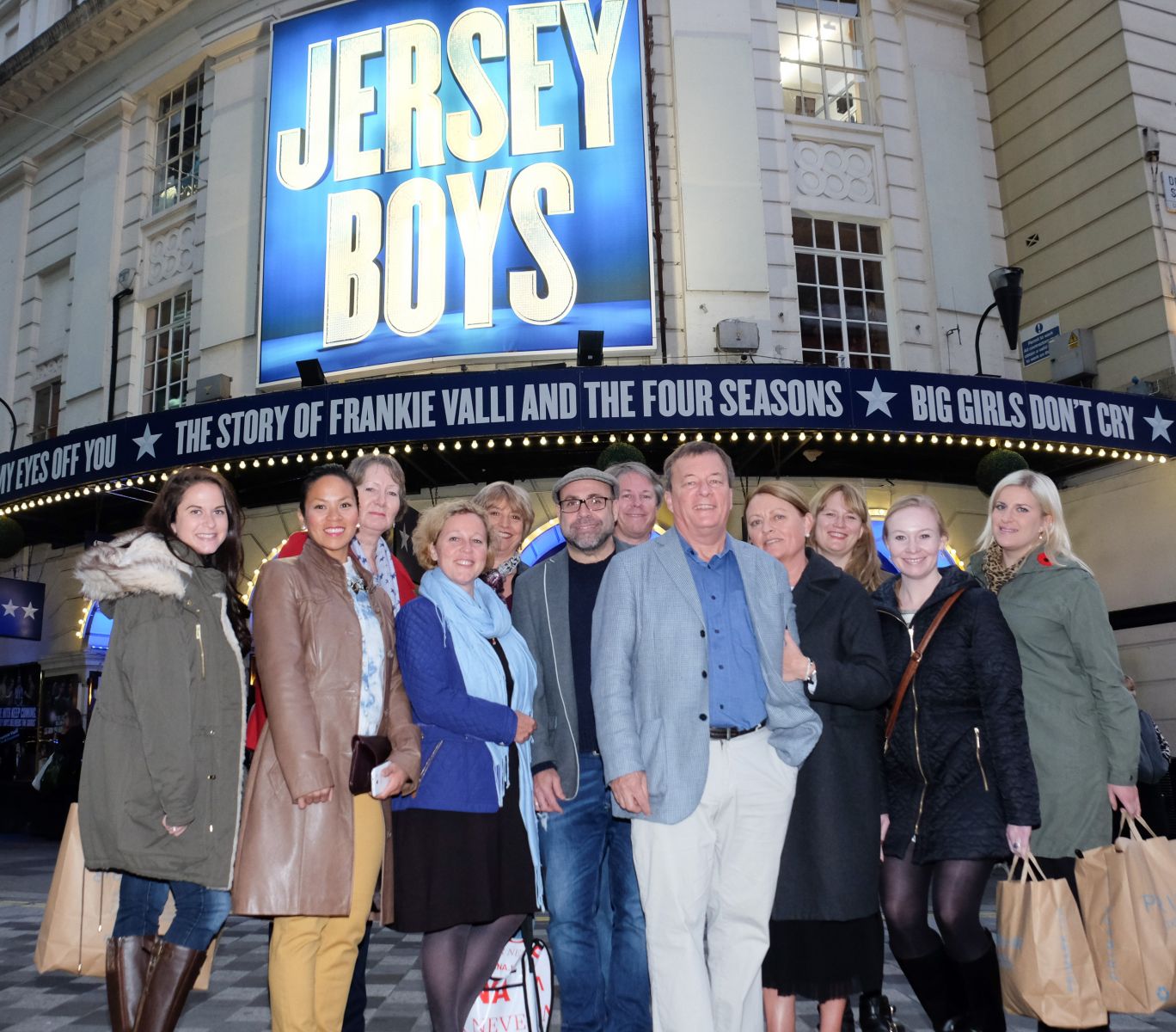 made in new jersey...

made tourism marketing were delighted to host a delegation of Canadian Travel Trade at Sunday’s performance of Jersey Boys at London’s Piccadilly Theatre. The internationally acclaimed hit musical, tells the remarkable rise to stardom of one of the most successful bands in pop music history. Discover the incredible music and true-life story of Frankie Valli and the Four Seasons, who wrote their own songs, invented their own sounds and sold 175 million records worldwide – all before they were thirty.

After the show we teamed up with Air Canada to host the travel trade at a drinks reception at the Maple Leaf Pub in Maiden Lane.