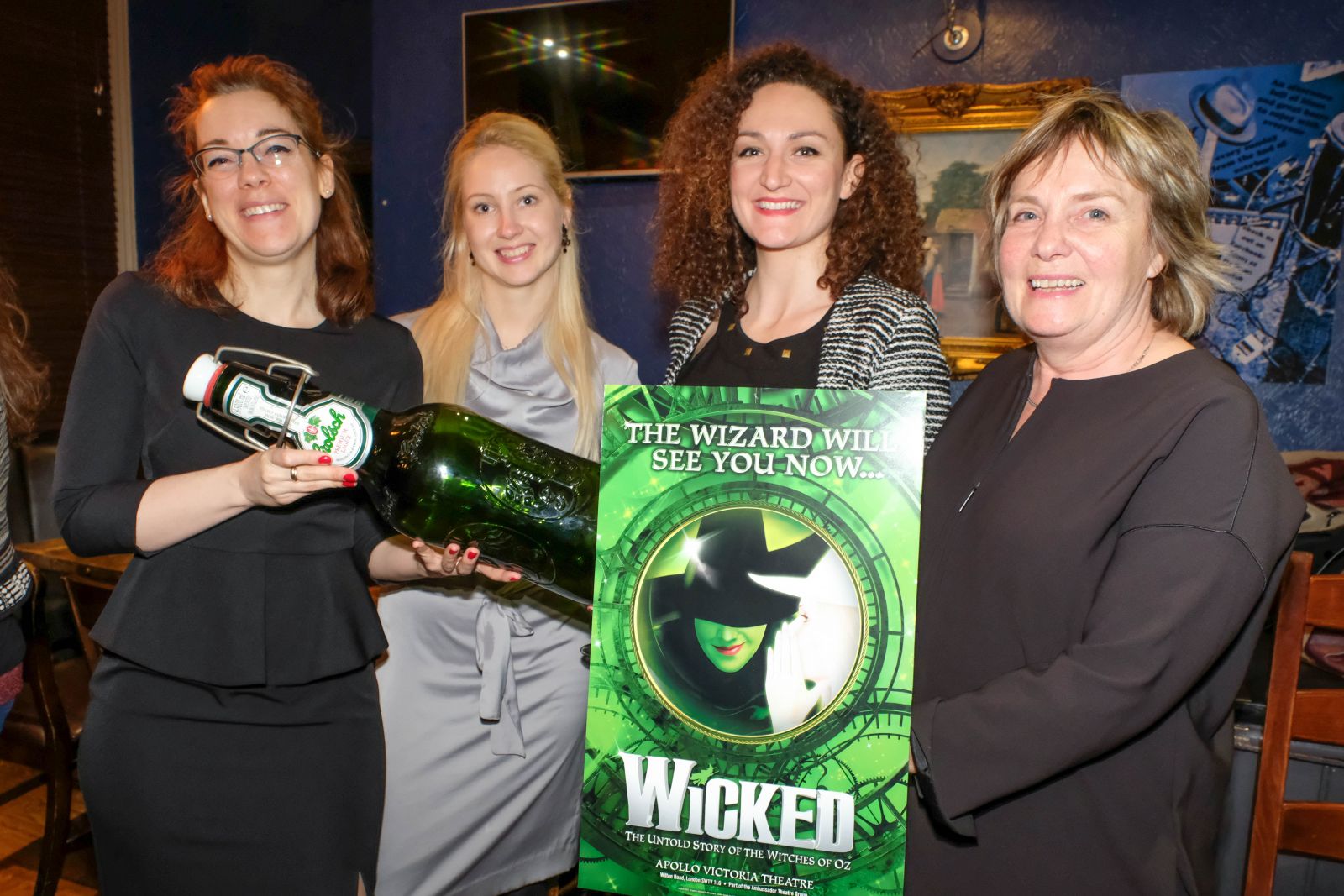 made goes Dutch for Wicked

Prior to taking over the role ‘Elphaba’ in London, Willemijn previously played the role on Broadway, and is the only actress to have played ‘Elphaba’ in three languages.

To get into the mood for Willemihn’s performance the group enjoyed some Wicked hospitality at London’s best known Dutch bar, De Hems.

Coping with a party-sized bottle of local beer here are Lauren Harris (left) and Jannet Duijndam (right) from the UK Embassy of the Kingdom Of the Netherlands, along with British travel folk Ruta Zelvyte (second left) and Sarah Geraci (second right) from the AC Group.