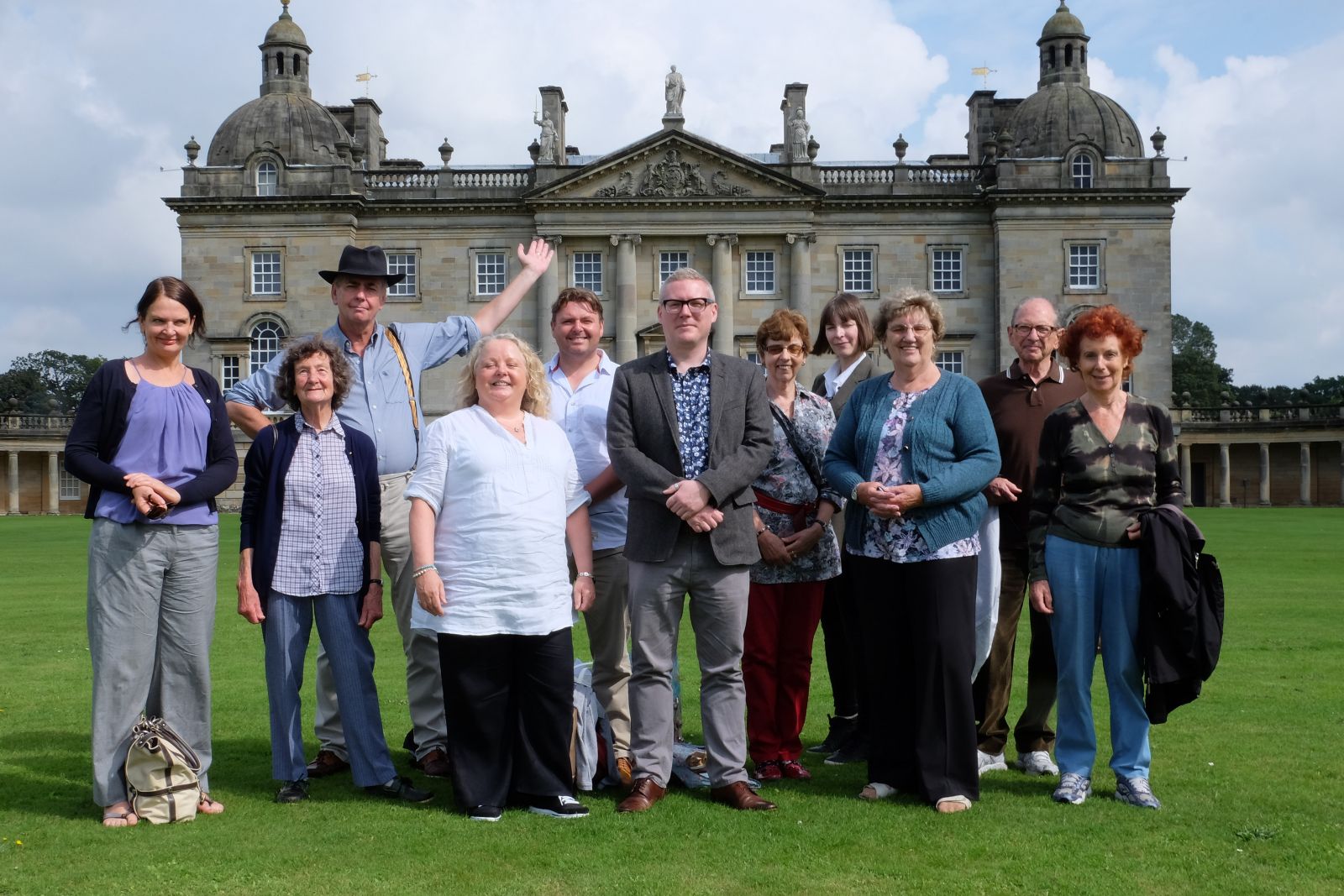 LIGHT WORK FOR MAJOR SHOW
One of the world’s most acclaimed artists, American James Turrell has created a site-specific light work which illuminates the entire west façade of Houghton Hall in Norfolk as part of a major exhibition of his work which opened to the public on 7 June 2015. The spectacular light display is visible from dusk and will provide a unique experience as an exciting climax to the exhibition, LightScape: James Turrell at Houghton which runs until 24 October 2015.

Further exhibition highlights will include two major works installed in the grounds at Houghton: the ‘Skyspace’ Seldom Seen, 2004 is a wooden viewing chamber rising into the canopy of surrounding trees, lit from inside with a square aperture open to the sky; and the ‘Space Division’, St Elmo’s Breath, 1992 which is housed in an 18th century water tower in the park.  Other works featured in the exhibition will include light projections from the 1960s, holograms and a work from the ‘Tall Glass’ series.

David, Marquess of Cholmondeley, the owner of Houghton, said: ''Nearly 15 years after the installation of James Turrell's meditative ‘Skyspace’ at Houghton, I look forward to staging an exhibition devoted entirely to his work. It will be the fulfilment of a long-held dream. I am extremely grateful to the artist for his active participation, and especially for creating an exciting new light piece for the front of the house.”

James Turrell is widely acknowledged as one of the most important artists working today. From the mid 1960s onwards his principal concern has been the way we experience light and space. His early series of projection pieces, which fool the eye into seeing solid geometrical objects using only a single light source, led to the creation of constructions allowing a radiant effusion of concealed light to create a variety of effects. Later, his ‘Ganzfeld’ chambers immersed whole spaces in pure colour. In the 1970s, he began a series of ‘Skyspaces’ that enclosed artificially lit spaces open to the sky through a roof aperture. In his more recent ‘Tall Glass’ series, rectangular tablets pass through a subtle programme of changing colour and intensity. The artist’s ‘Roden Crater Project’ in Arizona, a group of chambers built into the side and summit of an extinct volcano for the viewing of celestial phenomena, is one of the most ambitious artistic endeavours of modern times (1979 - present). He has had numerous museum shows including highly acclaimed retrospectives at LACMA in Los Angeles (2013/14), the MFAH in Houston (2013), and the Guggenheim New York (2013). He has received numerous awards including a MacArthur Foundation Fellowship in 1984 and the National Medal of Arts in 2013.

Built by Britain’s first Prime Minister Sir Robert Walpole in the 1720s, Houghton Hall is one of the finest Palladian houses in the UK with interiors by William Kent. In 2013, Lord Cholmondeley staged a groundbreaking reconstruction of Sir Robert Walpole’s picture collection, which had been sold in its entirety to Catherine the Great in 1779. The exhibition was a collaboration with the State Hermitage Museum, St Petersburg, and attracted 115,000 visitors over nearly six months.