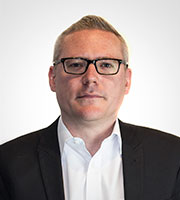 After graduating in Theatre Studies from the University of Surrey, Jonathan worked briefly for the British Broadcasting Corporation (BBC) at their iconic Pebble Mill studios in Birmingham (working as a Design Assistant on hit television programmes such as BBC One's 'Howards' Way', ‘Telly Addicts' (a game show hosted by Noel Edmonds) and the popular sitcom '2point4 Children’). He also worked for Nickelodeon an American cable and satellite television network that is owned by the Viacom Media Networks.

Next he held the posts of Publicity Assistant at the Birmingham Repertory Theatre and Box Office Finance Clerk at the National Exhibition Centre before moving on to the Birmingham Hippodrome Theatre to take up the position of Direct Marketing Officer.

In 1994, he joined the recently formed marketing agency AKA (Adam Kenwright Associates), followed by a stretch as the Press Officer at the Lyric Theatre Hammersmith.

After a further spell at advertising agency HARDSELL, he was appointed the youngest-ever Marketing Manager at West End ticketing agency Applause, leaving to join the full service agency McCABES.

After 6 years at McCABES he was invited to join Dewynters to create a Tourism Marketing Division. Dewynters offer innovative media, marketing, sales and creative solutions for the global entertainment industry. He co-founded made in 2010.

Jonathan sits on the British Tourism Industry Group at VisitBritain (VisitBritain is a non-departmental Public Body funded by the Department for Culture, Media and Sport) and co-chairs the Americas Interest Group (AIG).

Jonathan (who was diagnosed with Dyslexia at the age of 7) is now a proud supporter of the British Dyslexia Association. A UK national organisation, offering a wide range of information for parents of children with Dyslexia, Dyslexic adults and their teachers. He supports the Family Holiday Association and for four years held the voluntary post of UK & Ireland Ambassador for IGLTA (the leading global organisation dedicated to LGBT+ tourism and an Affiliate Member of UNWTO the World Tourism Organisation a specialised agency of the United Nations). As well as consulting to some of UK’s leading Media Organisations, he is also a non-Excutive Director of the Music Tourism Association.