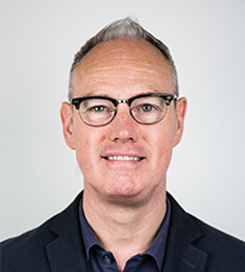 Originally from Manchester, Anthony’s early career began at that city’s renowned Royal Exchange Theatre prior to his relocation to London to take up a position with the Institute of Contemporary Arts (ICA) situated on The Mall.

Following his return from Sydney in 2000, where he had travelled for a six month break and ended up staying for almost a decade, Anthony joined English National Opera (ENO) as Senior Press Officer. He then joined the Royal Academy of Arts for two years as Communications Manager and subsequently headed up the Press team for the Society of London Theatre (SOLT) for three years. He was welcomed into the made team in February 2017 as the Press Representative for The Broadway Collection.