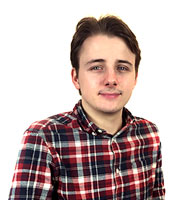 Alastair studied at Kingsdale Secondary School in West Dulwich and then attended Sixth Form at Christ the King Lewisham. After Sixth Form he worked for three different exhibitions at The Old Truman Brewery in Shoreditch, called The Art of the Brick, The Power of Poison and Dressed by Angels.

Art of the Brick was an exhibition consisting of Lego sculptures. Power of Poison looked at the role of poison in nature, history and science in general. Dressed by Angels was an exhibition featuring a collection of costumes by the famous West End costumiers 'Angels'.

By the end of Dressed by Angels, he held responsibilities ranging from Box Office, to retail.